Fraudulent activity is something companies just don’t spend enough time considering; until of course they encounter it.  Susceptible industries include those receiving payments from governmental entities and the medical fields, amongst others. There will always be dishonest people trying to gain at the expense of others as evidenced by lots of American Greed episodes. While fraud is sometimes unavoidable, VION has learned ways to detect this activity early and so can you.

To detect fraudulent activity, you must do your due diligence and you accomplish this by talking to people at the lower levels of the organization. They likely know what is happening but are not receiving any financial benefit from participating in the activity. This is a great fraud detection method since they often say something they are not supposed to, thus raising a red or yellow flag. An example from my past is when we were speaking to someone in the collection department, and they asked if we were part of the 60 Minutes crew.  We were out of there and on the road 10 minutes later.  Sure enough, they were featured on 60 Minutes for potentially consumer deceptive marketing practices.  In the case of receivables, it is not just confirming the balance is due, but confirming how the balance was created in the first place.  Don’t get complacent but dig.  The more pushback you get the deeper you should go.

Be sure to look for weak controls. One person responsible for multiple aspects of a deal could lead to a conflict of interest, and they could have co-conspirators. If your company relies on invoices from a third party, be sure you directly contact the customer or individual you are trying to reach for confirmation. At VION, we have tests to capture misrepresentations if someone is hiding charge-off rates or misrepresenting how their business is doing. Generally speaking, doing these things on your own to try and detect fraudulent activity is crucial to protecting your company.

If someone has defrauded your company in the past, did you analyze what went wrong and take steps to prevent it from happening again?  Come on, be honest now. If your company is working on a large transaction, it is imperative to bring in an expert to help you. Forensic accountants will follow the money from the creation of the purchase order until payments are made and everything in-between. They can also do multiple other things, including looking for weak controls within the company. It is up to you and your business to decide whether spending money on these experts is financially worthwhile, but on a large deal the costs for being wrong are high.

Understand, your company will always be susceptible to fraud. Being diligent, looking for weak controls, misrepresentations, or hiring experts helps limit and possibly avoid fraud. However, listening to your gut may be the best fraud prevention technique. You can be as diligent as you want, but if someone is acting suspicious or something does not feel right, never ignore it. Sometimes it may be best to walk away and remember, there will always be more opportunities for your company.  There is always another deal. 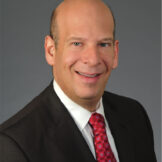